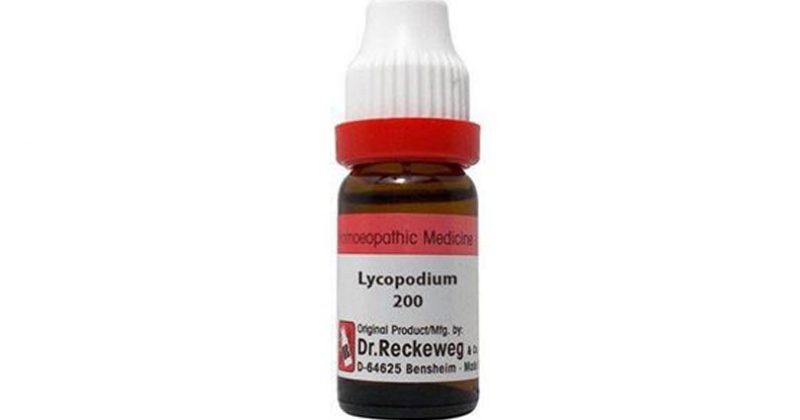 Diathesis: Uric acid and inclined to lung and hepatic affections

Introduction and History of Lycopodium:

It is a magical, constitutional and deep acting medicine for chronic diseases. It is also known as vegetable sulphur. The name of this medicine is derived from the term ‘lucos’ that means wolf and ‘pes’ meaning the foot. It seems to come up like wolf’s foot. The second word Clavatum is derived from a Latin word ‘clavatus’ stands for club-like. Fertile spikes are similar to club. Until 1828, it was used only as absorbent and to prevent pills from sticking.

It is available in Russia, Europe, North America, Finland, from Kumaon eastwards in Bengal, Manipur, Sikkim, Assam and in the western ghats. It is a small plant that grows in hilly pastures and dry woods all part of the globe. The spore of Lycopodium is yellow and mobile. It floats on water and does not get wet by it and it is odorless as well as tasteless. It sinks in water while boiling it and it burns rapidly. The spores are three sided pyramids.

Mother Tincture is made of the spores. The spores of the moss are grinded with sugar of milk and it is used to prepare high potencies in alcohol.

It consists of Grauvogl’s carbo-nitrogenoid constitution. It is adapted to both children and elderly people who are intellectually keen but muscularly weak. The person whose upper part of the body is weak whereas the lower part is semi dropsical. The patient looks older than his age. Children look prematurely old and wrinkled. Patients are anemic and pale with unhealthy complexion.

Doctrine of Signature: the process of preparation begins with the spores of club moss. Externally, the spores are hard but when they get broken, they become very soft internally. In the same way, the patient does not cooperate with doctor in the initial stage, but once he starts trusting in doctor, he becomes cooperative. In the same way, while starting a speech, the speech is not fluent but after some time, the speech continues and it starts flowing.

Active Principles (Chemical Constituents): It consists of 50% of fat, dehydroacetic acid, mixture of oils, hexadecanoic, aluminum because of the trace elements besides myristic, palmitic acid and lycopodium acids.

Emaciation: The process of emaciation occurs from above downwards. The first upper part of the body emaciates and then the lower parts; lower part semi-dropsical.

Dryness: Great dryness of the palms, skin, mucous membranes. Dryness of vagina, burning in the vagina during and after intercourse.

Catarrh: Dry nose, stopped at night, has to breath through the mouth, rubbing his/her nose; child starts from sleep.

Red sand in urine: It is special symptom of Lycopodium. Red sand like particles are available in the urine; child cries before passing urine. Right sided renal colic, pain in back, gets relief from passing urine.

Time Aggravation: All symptoms are aggravated in the afternoon during 4-8 pm. It is another important feature of this medicine.

Constipation: Constipation is observed since puberty, since last confinement and when the person is away from home.

Desires and Aversions: Crave for sweet things, warm drinks and food. desire for everything warm but an aversion to bread, coffee and tobacco. Cannot bear cold drinks.

Foot: Right foot is hot whereas the left one is cold. It is the characteristics of Lycopodium patients.

Vision: Patient can only see only the left half of the object, hemiopia.

Eyes: The eyes of the patient remain half open during sleep which is another feature of Lycopodium.

Canine Hunger: canine appetite, however, only a few mouthfuls make a person feel that he is fill up to throat. Eating increases the appetite; aggravation after eating.

Headache: Wakes at night feeling appetite, headache if he does not eat.

Sleep: Baby cries all day but sleeps all night.

Foetus: In pregnancy, foetus seems to be turning somersaults.

Acidity: Bloating of abdomen, acidity from vine, especially the lower part of the abdomen, sourness after belching.

Constipation: It is a very good medicine to treat constipation. It has a sensation after passing stool as if something remained behind. Constipation because of constriction of the rectum. Constipation may be accompanied by hemorrhoids. The rectum contracts and protrudes with the poop. Stools are hard and dry or the first part hard and the last is soft. There is a great rumbling sound occurs in the abdomen following the poop. Constipation in infants; since puberty or last confinement; constipation when away from home with inefficient desire.

Flatulence (Abdomen): The patient feels appetite but a few mouthfuls fill him up to the throat. Eating increases the appetite; aggravation after eating. Gets migraine if he does not eat. There is excessive accumulation of gases and bloating with grumbling sounds especially the lower part of the abdomen. The rolling of flatus as there is fermentation going on. The patient does not get relief after belching or passing flatus. Eructations are acrid in nature and sour in taste. Everything is sour. The symptoms of Lycopodium aggravate after noon from 4-8 pm.

Liver Affections: It is a very helpful medicine in jaundice and infective hepatitis. Lycopodium works well on the liver. The patient feels tension in it and the region of the liver is sensitive to touch. There is also a feeling as if a cord were tied about the waist.

Cirrhosis: The pains are aching and dull instead of lancinating and sharp. Vomiting of bile along with recurrent bilious attacks. Fullness in the stomach after eating a small quantity of food. There is no jaundice symptoms but there is a peculiar pale or yellow complexion. Lycopodium clavatum is more beneficial than any other medicine in old hepatic congestions. Pain in the right side and back from congestion that will often yield to the medicine. The symptoms get worse in the evening from 4-8 pm.

Urinary Symptoms: It is also a very good medicine for the complaints of the urinary system. It shows excellent results in the right sided renal colic. Pain is very terrible along ureter and right kidney. Urine is profuse at night time and scanty in day time. Small children cry before passing the urine. Red sand-like particles are observed in the urine. Urine is red, dark or albuminous. Backache relieved after passing the urine. All symptoms get worse in the evening from 4-8 pm.

Pneumonia: It is also a very good medicine for pneumonia. It is beneficial in the advanced stage of pneumonia or partial or delayed resolution. The patient feels tightness across the chest, aching over the lungs and general weakness. According to Hughes, it is the best medicine where the case threatens to run into acute pulmonary tuberculosis. Constrictive feeling in the throat. Cough is deep, shattering and hollow; mucous is copious, thick, purulent and yellow, foetid, dirty; face is purple during pneumonia. Right lung is generally affected. There is fan-like movement of alae nasi. Face is shallow with an unhealthy complexion. All symptoms get worse in the evening from 4-8 pm.

Aggravation: 4-8 pm, lying on the right side, from heat, bread, cold drinks, on awaking, warm air, eating even so little.

1: while starting the treatment of a chronic case, when Lycopodium seems to be simillimum, it is always better to avoid it unless very clearly indicated; it is recommended to administer another antipsoric remedy first.

2: A dose of Carbo Veg every week facilitates the action of Lycopodium Clavatum.

3: Lycopodium Clavatum is long acting and deep seated medicine. It should seldom be repeated after improvement starts.

Lycopodium is a deep acting homeopathic remedy which has a wide range of action. It is highly successful in treatment of chronic medical conditions which are long standing with their deep actions on the body tissues. It is of great help in treating urinary and gastric problems. The cases of impotency can be treated efficiently with the use of Lycopodium Clavatum. It is also very beneficial to dissolve the right sided kidney stone.

Clinical Indications for the use of homeopathic medicine Lycopodium

6.Flatulence: Gas formation after eating even light meals or small quantity of food.

Note: Lycopodium is a deep acting medicine and must be used only after consulting a competent doctor and self-medication should be avoided.